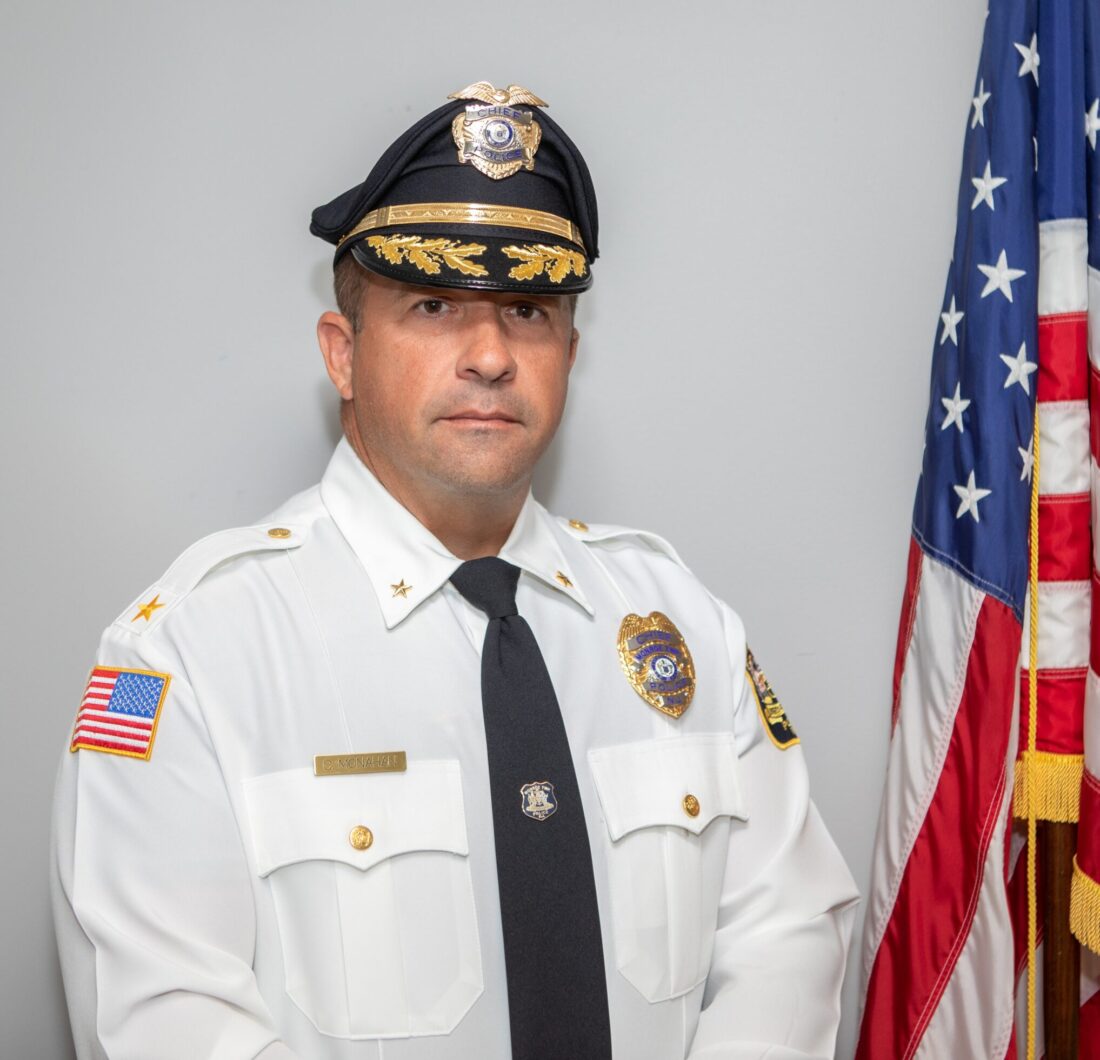 Chief Craig Monahan was born and raised in Williamstown, he is a proud graduate of Williamstown High School and is honored to continue to lead, serve and protect his community and fellow officers.

Chief Monahan began his Law Enforcement career with the Gloucester County Sheriff’s Department as a Corrections officer in 1995 and in 1997 he accepted a position with the Monroe Police Department as a Patrol Officer. On March 1, 2021 he proudly accepted the promotion to Chief of Police and prides himself on continuing to lead the department through the diversities our officers and community members are dealing with in today’s society.

Throughout his career he has held many ranks and was assigned to many divisions within the department including Bike Patrol Unit, Field Training Officer, Firearms Instructor, Handcuffing Instructor, Defensive Tactics Instructor, Baton Instructor, TAC Officer and was a member of the Police Unity Tour Team. Chief Monahan also spent 21 years of his career as a part of the Monroe Township Tactical Entry Team where he rose from an operator, squad leader, team leader and Commander.

Throughout his career he has proven to be a valuable asset to the Department and the Community so whether you have seen him at events, on the field coaching or mowing lawns, Chief Monahan has always been a pillar in this town.